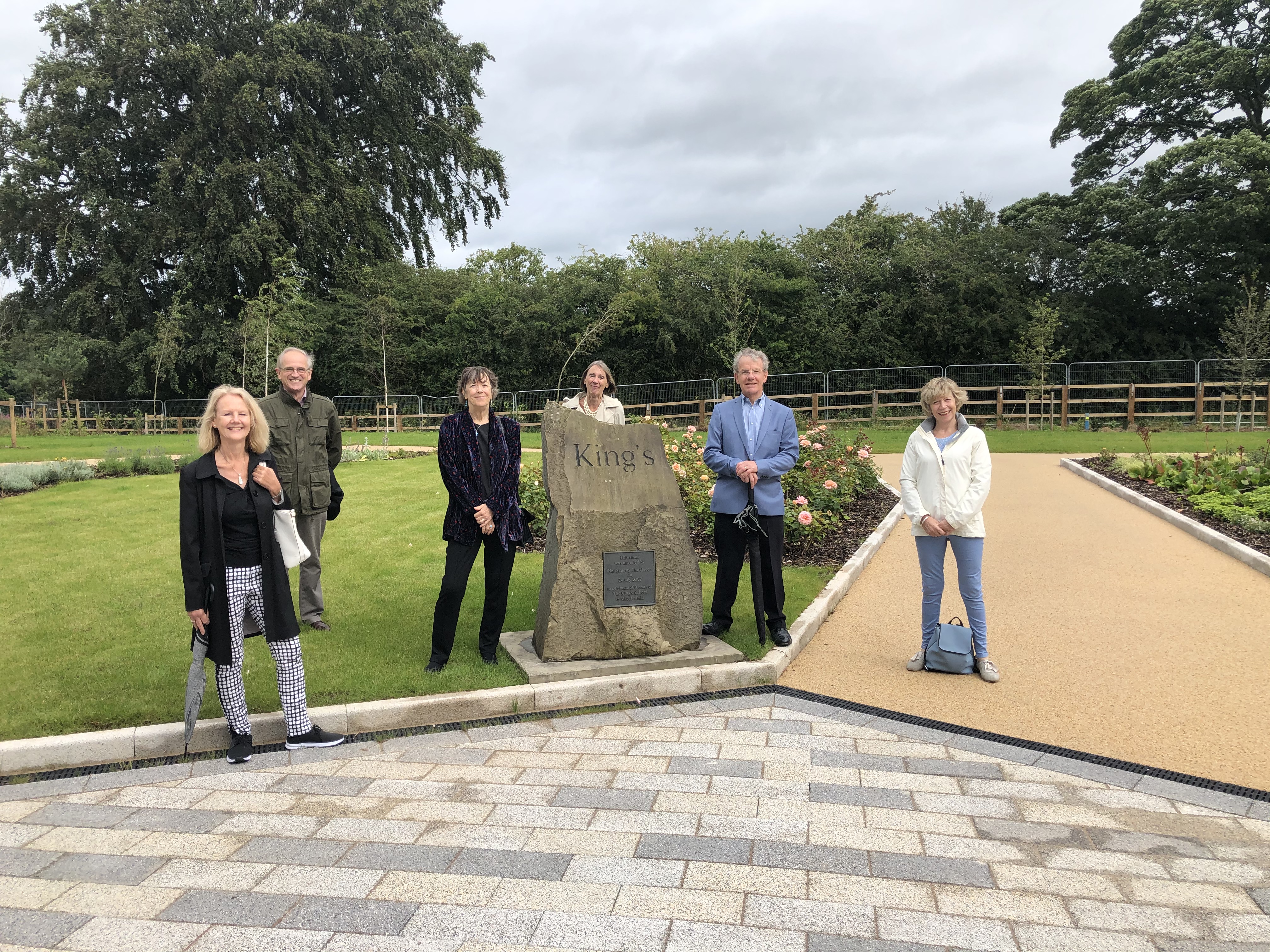 The garden situated behind the Alan Cooper Library was chosen as the best place for the relocation of the Quincentenary Stone commemorating the visit of HM The Queen in 2002. It’s also the site of the Quincentenary roses (behind Dr Coyne) transplanted from Cumberland Street and Fence Avenue.